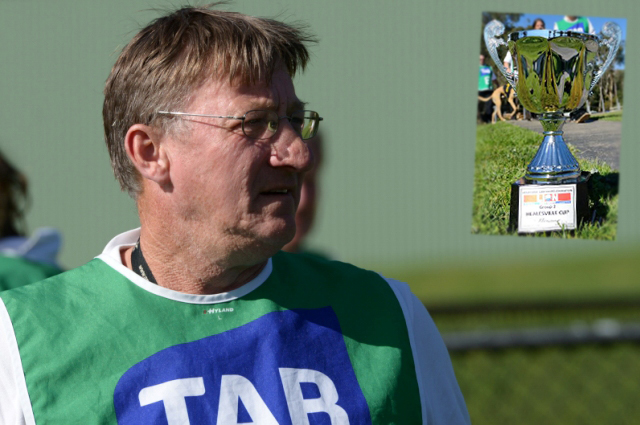 
It was many years in the making, but greyhound trainer Gary Hansen finally had his first runner in a group final in Sunday’s $65,000 Group 2 Lion Quality Healesville Cup.

And while the race didn’t pan out as he would have liked – his greyhound Call Me Hank finished seventh – it has given Hansen a taste of greyhound racing at the elite level.

On the day of the race, Hansen, who hails from the small Victorian town of Daisy Hill (near Mayborough), opened up about the experience both before and immediately after the Cup.


Q. We are only a couple of hours away from the biggest greyhound race you’ve been involved in. How are the nerves?

Gary Hansen: They’re pretty good actually. I’m quietly confident he can run a good race because he beat some outstanding dogs to win his heat including Azza Azza Azza and Farmor Las Vegas. But whether he wins or runs last, I’m just happy to have a greyhound in a big race like this.

Q. How has the build up been during the week?

GH: It has actually been very low key. I’ve tried to keep things as normal as possible. We had an early start this morning as it takes us almost three hours to get to Healesville from Daisy Hill, so we were up at 6:00am and out the door by 7:45am.

Q. Has having a runner in the Cup meant you’ve experienced the VIP treatment today?

GH: Yes the connections of all the finalists have access to a special section of the track today with complimentary food and beverages. The weather is perfect as well which has made it even better. Q. The race didn’t go quite to plan after he exited Box 3. What went wrong?

GH: He was a little bit tardier to begin than he was in his heat and that cost him, as the dogs on the outside of him cut across in front of him which cost him any real chance of winning the race.

Q. You gave yourself a bit of a chance going into the race. Given he finished seventh, will you leave the track disappointed today?

GH: Not at all because it was such a classy field. At the end of the day, being in group races is what we all strive for, so just being a part of today makes all the work that goes into training greyhounds worthwhile.

Q. Can we expect to see more of Call Me Hank or any of your other greyhounds racing at group level again in the near future?

GH: Unfortunately, Call Me Hank isn’t too flash on the circle tracks, but he’s only two and a half years old so hopefully in 12 months time he can have another crack at the Healesville Cup. I’ve also got a 12 month old litter of pups by Spring Gun who are due to be broken-in soon. So you hang on to the hope that they will become group class greyhounds. That’s the thing about this game, there’s always hope.

Q. How long have you been training greyhounds?

GH: We started out at Blackburn South with just a couple of greyhounds, and about 16 years ago we decided to get out of Melbourne and move to Daisy Hill, which allowed us to get more heavily involved. I’ve been training full-time for the past 18 months or so. 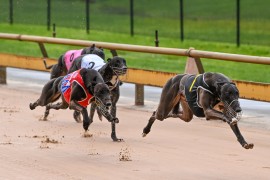