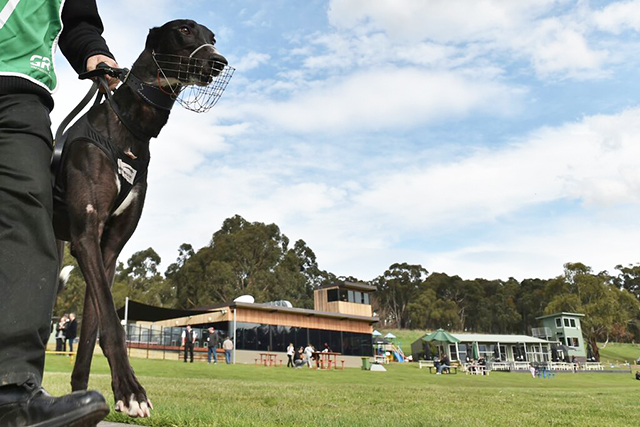 
Ronray Spirit (pictured) will be racing for a near-provincial record $97,000 in prize money in Sunday’s All 4 Paws & Claws Group 2 Healesville Cup (350m) after he snuck his way into the final with a last gasp performance.

The massive prize would incorporate a $47,000 winner’s cheque plus a $50,000 Country Cups Bonus – making it the second most money a greyhound has ever collected in a single race on the Victorian provincial circuit.

The $50,000 Country Cups Bonus was introduced by Greyhound Racing Victoria in 2011, and goes to any greyhound that wins three of Victoria’s 11 country cups in a calendar year.

Ronray Spirit has won the 2015 Warragul and Warrnambool Cups, and while he is one of the main fancies in Sunday’s Healesville Cup final, he will need to be at his best as he is drawn in box 5 in a field that is simply outstanding.
.