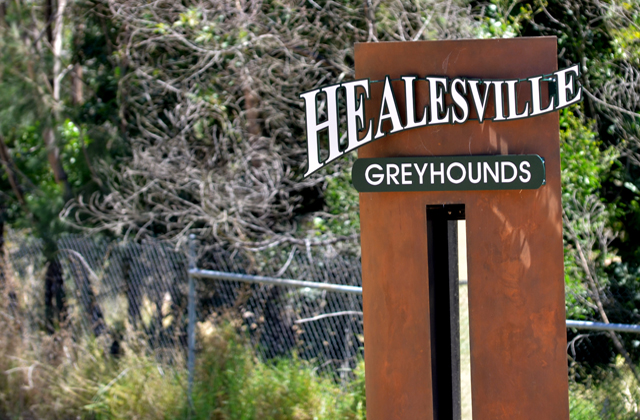 
This Sunday all eyes of the greyhound world will be on the Yarra Valley where we see the running of the All 4 Paws and Claws Healesville Cup. It looks a tremendous race and hopefully I can find you the winner.

The feature race will be Race 8 on the card at 3.09pm and looks a cracking race.

Here is a quick rundown on this year’s Healesville Cup Field:

1. La Grand Logie was having his first start in Victoria when scoring a surprising win his heat here last start running good time. He looks suited drawn down on the rail and is one for multiples.

2. Shared Bonus was an upset winner last week, beting the talented Azza Azza Azza. Well drawn, he is no stranger to winning having won 16 of 39. Although not one of the fancied runners he is definitely in with a chance.

3. Senor Grumpy was the fastest heat winner here last week and if he can repeat that here he will be in it for a long way. This is a stronger race no doubt and I’m not sure he is quite up to this level. In saying that it wouldn’t surprise to see him figure in the finish.

4. Billo’s Pick Kennelmate to Allkel to Excel this fellow is a prolific winner also having won 18 of 28 and he wasn’t too far away in the Bendigo Cup Final behind the incomparable Fernando Bale. He is drawn awkwardly here but can fly early. He will need to do that here.

5. Ronray Spirit What a story it will be if he can win. The Warragul and Warrnambool Cup winner from earlier this year is shooting for the $50k bonus for winning three Country Cups in a calendar year. He has drawn poorly here and only just won his heat last week but he is a dog for the big stage and can figure here.

6. Pud A Healesville track specialist she has been in the money 11 of 12 up the straight. This is certainly her toughest test and may well be outclassed but she has to be worth some thought for the reason alone that she flies up the straight.

7. Allkel to Excel He has won 11 of his 12 starts and has the world at his feet. He has the attributes to go a long way. He is fast, strong and has the will to win all great dogs have. Here he draws to get clear running early, will strip fitter for his first up run last run and looks very hard to beat.

8. Kayda Shae Although he probably isn’t suited to this distance range he is a powerful chaser and I think if he can keep up with Allkel to Excel early he can certainly challenge late as he will be charging home.

It looks a brilliant race on paper but I do think the race will be fought out between the 2 dogs drawn out widest here. Allkel to Excel could be anything and I think he will march on his winning way and make it 12 from 13 and win his first feature race. His main danger for mine is Kayda Shae who will get clear running from the pink but it will be a matter of whether he can match Allkel to Excel early; if he can he is right in it. Small chances to Shared Bonus, Billo’s Pick, Ronray Spirit and Pud.

My Selections: 7-8-2-6
I hope this has helped you get a better idea on each runner in Sundays Cup. It is a bumper program with some brilliant fields and the first of 11 kicks off 1.02pm. Good Luck and Good Punting