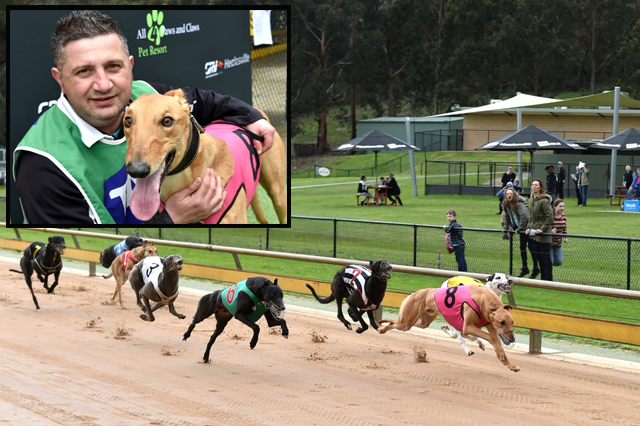 
There is plenty of excitement surrounding a young greyhound named Haiyan ahead of Sunday’s Group 2 All 4 Paws And Claws Healesville Cup (350m), as he is a greyhound that locals have adopted as their own.

Haiyan has only raced seven times – all at Healesville – where he has won five times including an impressive victory in a heat of the Healesville Cup last Sunday.

It is rare for a greyhound to make a group race final so early on in his career and it is a huge feather in the cap of his trainer Tanju Salih (pictured inset), who is now preparing for the biggest race of his life.

Salih lives in Springvale, almost an hour from Healesville, yet few greyhound trainers have frequented the Yarra Valley more in recent months.

“I only train two greyhounds and they are both better suited to racing up the straight than on traditional circle tracks, so it is great to have Healesville fairly close by as it is Victoria’s only straight track for greyhounds. I’ve been here so often that it’s become my home away from home,” he laughed.

“To have a finalist in the Healesville Cup is a dream come true, and it’s something I never really imagined myself achieving,” he said.

“I had always had an interest in greyhound racing as a punter and then bought my first greyhound, which was Miss Elegant. One day her trainer said he didn’t want to train her anymore, so I decided to get my trainer’s licence and I haven’t looked back.”

“She raced four times for me and won her last two races, which was a huge thrill. Then she came on season so we retired her,” he said.

“I retired from playing footy in my mid thirties and I really needed a hobby to fulfill my competitive streak. Training greyhounds has given me that” – TANJU SALIH

Salih said that training greyhounds has helped fill a massive void in his life.

“I’m a pretty competitive person and I played local footy for many years at Oakleigh (Under 19s), then at the Sandown footy club and then at Doncaster East before returning to Sandown.”

“I retired from playing footy in my mid thirties and I really needed a hobby. I couldn’t go and watch local footy as I am so passionate and always wanted to go out and play, so I really needed something else to fulfill my competitive streak. Training greyhounds has given me that,” he said.

Salih said he thrives on the challenge that training greyhounds presents.

“I see a lot of similarities between preparing to play football and preparing a greyhound to race.”

“For instance, I’ll take my dogs to the beach as part of their recovery, just as a lot of footballers go to the beach the day after a game.”

“After every race I take my dogs to a greyhound chiropractor who lives all the way in Traralgon, which is an hour and a half from home. So it’s a big commitment but training greyhounds is something I take very seriously, just as I used to take my footy seriously when I was playing.”

“I’m lucky that work allows me to do that. I work in a casual role, three or four days a week for an agency. Having that flexibility allows me to train my greyhounds,” he said.

Haiyan will be the least experienced greyhound in Sunday’s Healesville Cup, but Salih refuses to write off his chances, even though he is drawn awkwardly in box four.

“He weighs 36 kilograms and is a really big, physically strong greyhound. He overcame a little bit of interference to win his heat, but if he can somehow get a clear run in the final then who knows what he can do? I’m just rapt to be part of it all.”

“It’s scary, but I’m not nervous, I’m just really excited and I feel like I’ve got nothing to lose. I’ll probably be nervous on the day though. I played footy for 18 years before I played in my first grand final, which was when I was in my thirties and playing for Doncaster East. We won that game, so hopefully I can win the first group race I compete in as well.”

The Healesville greyhound racetrack is located just two minutes from the town centre, with Sunday’s Healesville Cup offering a relaxed day of entertainment for the whole family including a Children’s Carnival and live music on the green.
. 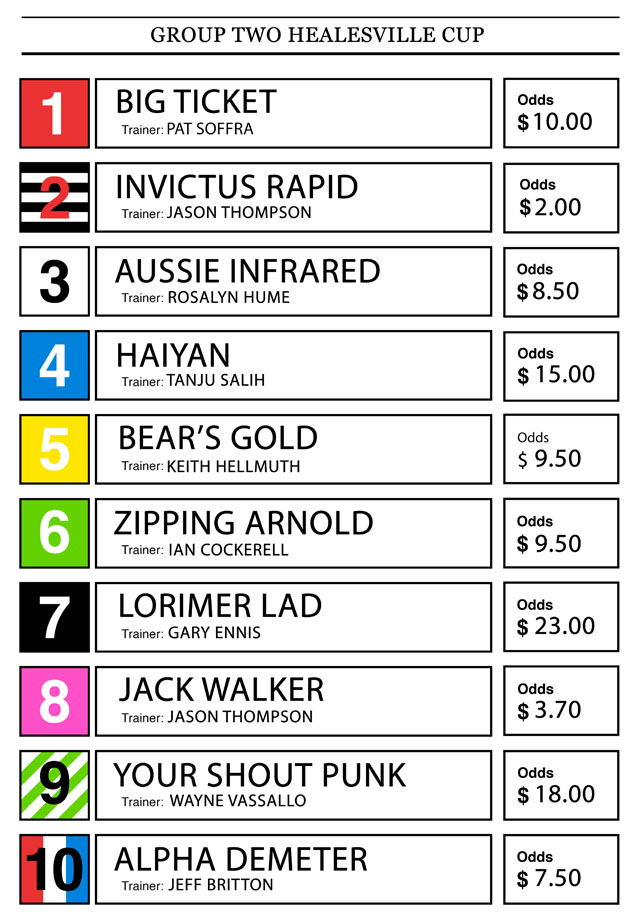 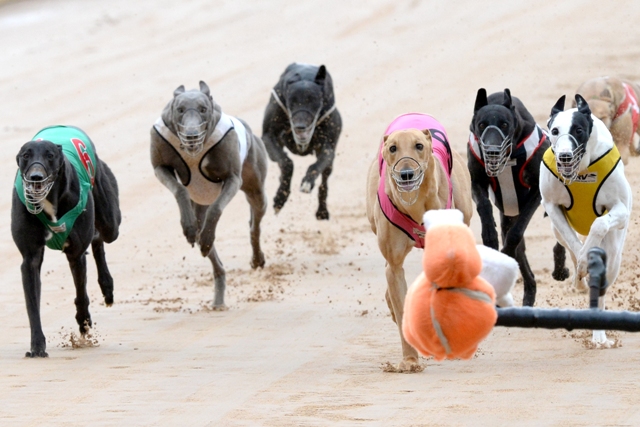 Haiyan (pink rug) on the way to victory in his Healesville Cup heat. 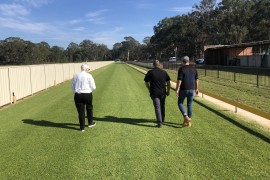