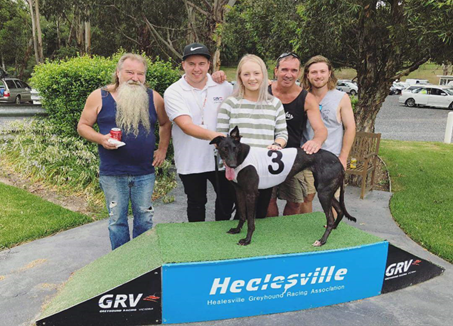 The recent spate of hot weather that has played havoc across Victoria has created some interesting days at Healesville Greyhounds.

With a meeting transferred from Friday to Saturday morning recently, there was a great opportunity for the club to conduct a BBQ breakfast before the first race kicked off at 9.15am. The funds from the BBQ raised $390.00 for the Good Friday Royal Children’s Hospital Appeal.

The Club is donating 50cents from every paid gate entry to the GFA and will be giving away a car on course on Thursday 29th March to one lucky patron who has attended the club during the year.

The predicted extreme temperatures for the Sunday meant another meeting to be moved and in a first for the Club, we raced on Monday morning this week.

In another first, our local race caller James Van de Maat handled his first winner at Healesville in the opening event. Having had many greyhounds face the starter here at the club it was surprising to hear James say that he had never handled a winner here. He has certainly called a few of his own over the line, but I think this is one win he will remember for a long time.

Ruby Gas (Fabregas x Ruby’s Entity) is raced by James and Mitch Ebeyer and trained by his partner Chloe Allen. Hitting the finish line in a smart 16.83 in only her third race start, it provided the group of supporters with a great start to the day.

Congratulations to Chloe on the training success and we are sure to see more runs like this from Ruby Gas in the future. 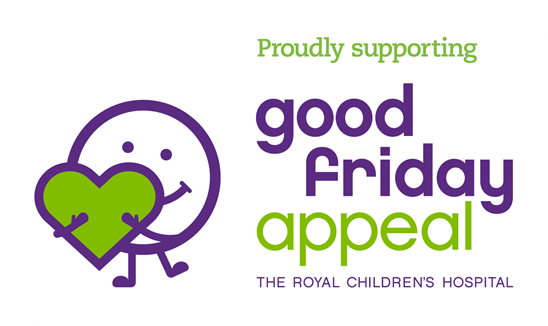 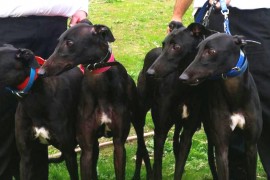 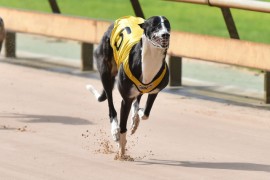 The new FastTrack App – We need your help! 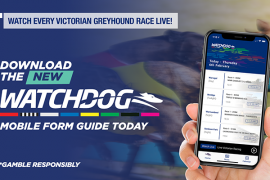