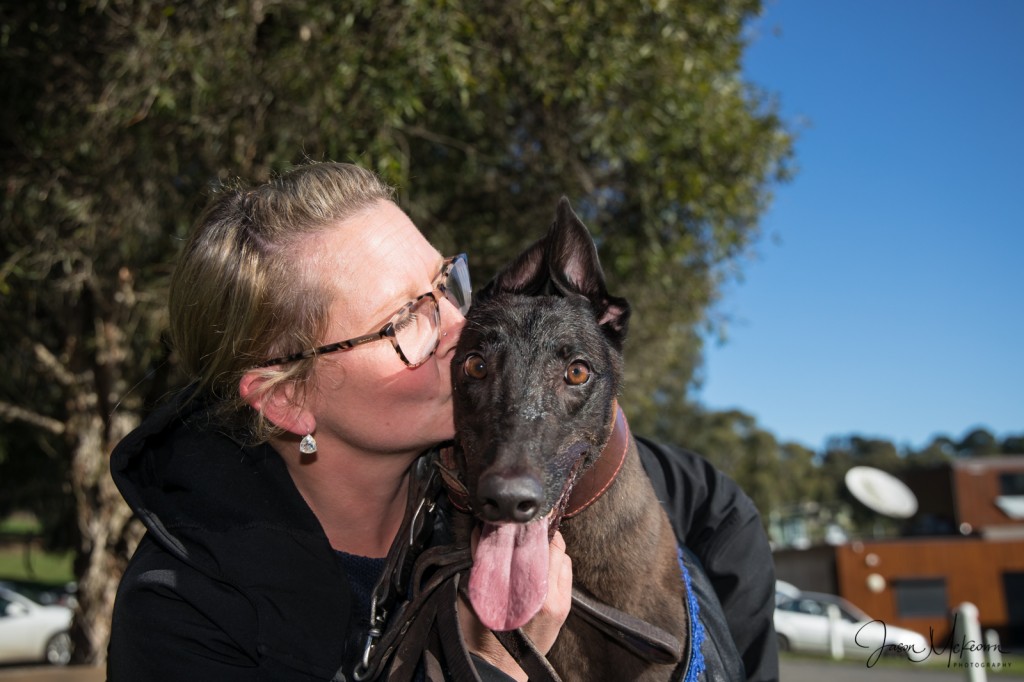 
Star sprinter, Blackpool Flash was a dominant winner in the weekend’s Healesville Puppy Championship making it four wins on the bounce at the track, all in Best of the Day times, an ominous sign for potential rivals in the upcoming Healesville Festival of Racing.

After having his first 36 starts around ‘the circle’, Thunda as he is affectionately known at home has taken to the straight track racing at Healesville with aplomb, landing the Healesville Derby over the 350m and now the Healesville Puppy Championship over the 300m.

“Thunda is just the perfect dog to train really, he is quiet, clean and I don’t think I’ve heard him bark outside of race day” said Adrian Kenyon, husband of trainer Renee “he is just really a one in a million dog”.

“Renee does most of the travelling with him and he will usually get a treat on the way home whether it be an ice-cream, cheeseburger or strawberry thickshake”

Despite abiding by the time-honoured adage of “one race at a time”, Adrian says he will be keeping a keen eye on the upcoming Healesville Festival of Racing as his kennel star, Blackpool Flash, is a potential starter in the Winter Cup heats on the 7th July while the events following, National Straight Track Championships, The Arrow and Healesville Cup are all under consideration.

Armed with explosive early speed and an imposing record of 6 starts at Healesville for 5 wins & a second, Thunda will no doubt be a dog to watch in the upcoming feature races up the Healesville straight. 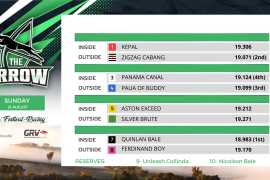