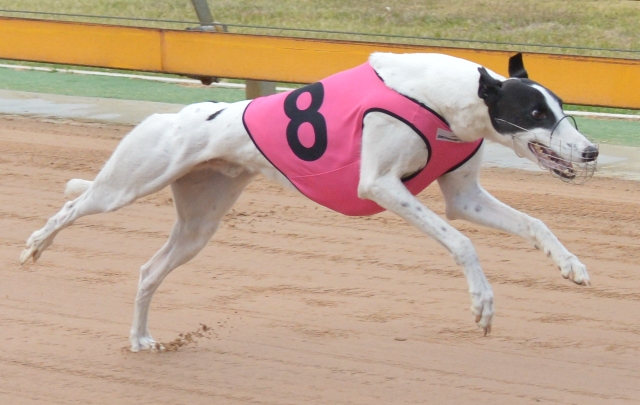 
Early Return probably won’t be among the best backed greyhounds in Sunday’s Lion Quality Healesville Cup heats, but he’ll certainly be one of the sentimental favourites.

Set to turn five in December, Early Return is an old timer in greyhound racing terms, and he is one of the few Victorian greyhounds currently racing to have graced the track on more than 100 occasions.

The white and black sprinter is also a track specialist at Healesville, with his last 19 starts being at the track, including a last start win at the straight venue last weekend.

Trainer Rod Ashworth, who is based in the Gippsland town of Cowwarr, is delighted to have another crack at the Healesville Cup as Early Return, was narrowly beaten in a heat of this race in 2013, thus missing out on a start in the final.

“He’s getting on in age but he still loves racing. Racing him at Healesville so regularly has probably extended his career, as running up the straight is less taxing than racing on circle tracks,” Ashworth said.

“I’m rapt that he is entering the series in good form, and while I don’t think he can win the Healesville Cup, I give him some chance of making the final.”

“He has never made a group final before, so it would be a nice reward for him as he has had a great career and is a former Greyhound of the Year winner at Healesville.”

Early Return, a son of Return The King and Early Whisper, has raced 104 times for 36 wins and 30 minor placings.